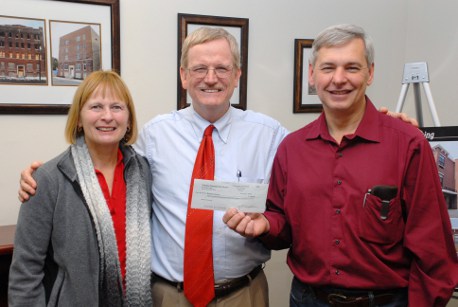 On December 23, 2011, Monarch Housing was presented with the check from JazzFest for the Homeless by Janet Sangekar and Bruce Tangowski of the Salem Roadhouse Cafe. The event held On October 15, 2011, at the Salem Roadhouse Cafe at the Townley Presbyterian Church in Union serenaded the crowd with more than two dozen of the best jazz musicians from New Jersey and New York.

“This is the second year for us to hold a Jazz Benefit concert,” said Bruce Tangowski, director of the Salem Roadhouse Cafe. “This year we dedicated our show to Monarch Housing Associates work to end homelessness not only in Union County but all of New Jersey. We see the JazzFest for the Homeless as a natural extension of our monthly Roadhouse music shows.” 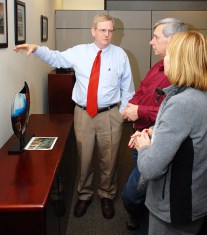 Carrie Jackson, a well-known New Jersey and New York jazz performer, helped the Roadhouse Cafe to organize and host the event, and lent her amazing vocal talents to the show.

In addition, more than two dozen performers contributed their talents to the show. Click here to view the full list of performers.

Home » Posts » JazzFest for the Homeless Finale
Subscribe to Our Free Newsletter!