Expansion Would Save State $2.45 Billion

It makes the case for why Governor Christie should include Medicaid expansion in the State’s budget and lays out an argument for expanding Medicaid. 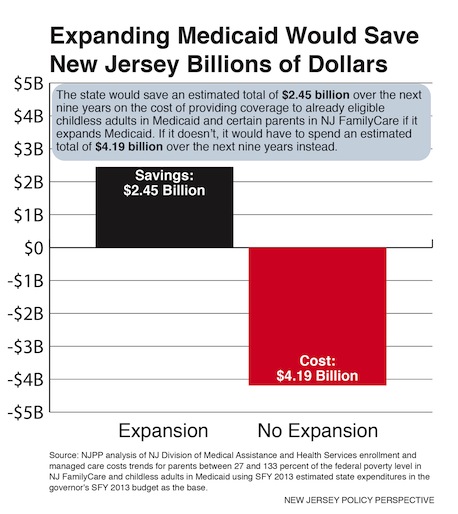 Of particular interest to those who advocate for and work with the homeless, Medicaid Expansion would provide health care coverage for the 307,000 New Jerseyans who are now forced to rely on emergency room visits for even minor ailments.

The argument for accepting the Medicaid expansion is already one-sided:

NJPP and Monarch Housing urges Governor Christie to follow the lead from his fellow conservative Republican governors, including most recently Florida Governor Rick Scott, who have accepted Medicaid expansion into their states.