Joins Payne, Pascrell and Sires in Support of
Full Funding for McKinney and HOME 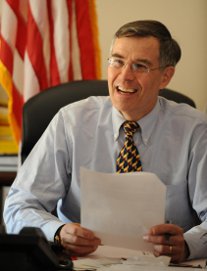 He also signed a “Dear Colleague” letter that Representative Marcia Fudge (D-OH-11th) circulated in the House of Representatives requesting Congress to restore HOME funding to the full amount of $1.6 billion.

We appreciate all four of these NJ House members for their continued support of the important work being down to end homelessness in New Jersey!

Congressman Rush Holt joined with  Congressman Bill Pascrell and Congressman Albio Sires  in signing on to this year’s letter that Rep. Gwen Moore (D-WI) is circulating to her colleagues in the House of Representatives that supports this critical funding.

Click here to see if your representative has already joined the McKinney letter.

Click here to see which members of Congress have signed the HOME letter.