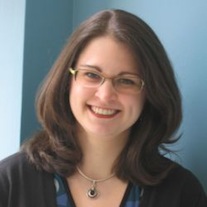 Writing in Rooflines, Corianne Scally makes the case that the President Obama’s proposed reform of the Mortgage Interest Deduction (MID) is “Too Little, Too Little: Obama’s MID Reform Proposal.”

She answers this question – “So what does Obama’s new budget do to the MID?”

He treats the MID like all other itemized deductions, suggesting a blanket 28 percent cap. This means that no matter what your income tax bracket is, you can deduct no more than 28 percent of the mortgage interest you pay from your annual federal income taxes.

While a bold move to challenge a century-old deduction, the changes are still less than extraordinary. It does line up with Obama’s commitment to make the wealthy pay their “fair share” of the nation’s expenses. However, it falls far short of what other advocates have suggested, such as the National Low Income Housing Coalition, including capping the value of the mortgages allowed to benefit from the interest deduction, or turning the deduction into a direct credit for households earning below a certain income amount (see reform options examined by the Tax Policy Center), as well. It also does not suggest using the new revenues to support other affordable housing programs, such as providing a source of funding for the National Housing Trust Fund, and presented as part of House Resolution 1213.

What impact will it have?? Taken together, the flat 28 percent cap on all itemized deductions is projected to raise $529 billion over the next 10 years of implementation. Since the MID and property tax deductions combined represented the third largest federal tax expenditure in 2012 at $93 billion, and is projected to cost the government $532 billion through 2017, we can assume the change to the MID represents a large component of these projected revenues. But these are not likely to be rolled into other housing programs.

The bottom line: the MID cap strategy Obama has presented does nothing to benefit low-income households, either by increasing the benefit to low-income homeowners who currently do not benefit from itemized deductions, or by expanding other housing production and assistance programs targeting the neediest households in America. While Obama’s budget does request increased funding for HUD, it is mainly for maintaining current levels of assistance to households and furthering his focus on neighborhoods and intergovernmental collaboration. As it stands, the proposed changes to the MID are a Pyrrhic victory for low-income housing advocates.