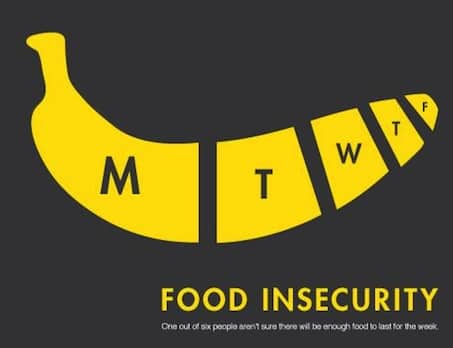 Some 17.6 million households, with 49 million people, lacked access to adequate food at some point in 2012 because they didn’t have enough money or other resources to meet their basic food needs, according to last week’s release from the U.S. Agriculture Department.

These figures on “food insecurity” are essentially consistent with the findings in 2011, showing again that the slow recovery from the Great Recession has been very hard for low-income Americans.

These figures also come a week before House Republican leaders are expected to unveil legislation to cut the Supplemental Nutrition Assistance Program (SNAP) by more than $40 billion over the next 10 years — taking some 4 to 6 million individuals off SNAP altogether and cutting benefits for many more people, including low-income working families with children. The proposed cuts would come on top of an across-the-board SNAP benefit cut for all participants — including the 22 million children receiving SNAP — which will take effect on November 1 when a temporary provision of the 2009 Recovery Act ends.

SNAP is an important part of a low-income household’s budget, providing benefits that recipients can used only to purchase food. Several recent studies have confirmed that SNAP benefits dramatically reduce food insecurity. In addition, SNAP kept 4.7 million people out of poverty in 2011, including 2.1 million children, according to a CBPP analysis using the Supplemental Poverty Measure, which counts SNAP as income. By ending or cutting food assistance for the most vulnerable Americans, the House Republican leadership proposal would inevitably mean more severe hardship across America.