Myths About Individuals and Families
who are Homeless in New Jersey

There are many myths and stereotypes about the individuals and families experiencing homelessness in New Jersey.  The following are some common myths about the homeless population, along with the facts that challenge them.

Myth 1: People who are homeless in New Jersey
take advantage of the system. 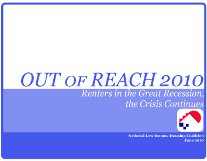 Respondents to the New Jersey 2010 Point in Time Count of the homeless reported that 85% of those surveyed resided in our state before becoming homeless.

Myth 3: Individuals and families who are homeless are different than me. I could never become homeless and neither could my children. 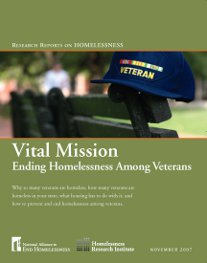 Myth 4: Nothing can be done.

We know what works and how to end homelessness – effective prevention and emergency services and permanent affordable and supportive housing. While New Jersey’s homeless population increased 7% over the past two years, that is a relatively small increase given the current economic recession.

Myth 5: People choose or want to be homeless

People experience homelessness because they cannot find rental apartments that are affordable. In order to afford a two bedroom apartment in New Jersey, without paying more than 30% of income on housing, a household must earn $4,215/month or $50,577/year.

Myth 6: Giving a person who is homeless access to housing will not turn their life around. 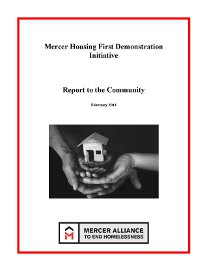 Myth 7: Individuals and Families who are Homeless Remain “Stuck in Homelessness.”

Homelessness is a cycle that can be broken. The 2010 New Jersey Point in Time Count of the homeless found that only 33% of the individuals and families had been homeless for more than one year. The same report showed that the percentage of homeless that reported having several episodes of homelessness over time seems to be on the decline. In 2010, 26% reported being homeless at least four times in the last three years. In 2009 the number of respondents equaled 27% of the homeless while it was 33% in 2008 and 31% in 2007.

It is not true that homeless people do not want to work. Many individuals and families are homeless because of a economic, health or relationship crisis and not by choice. In fact, in 2010, 14% of individuals experiencing homelessness in New Jersey (HMIS data) reported that they were currently working and an additional 6% were collecting unemployment benefits.

Myth 9: All homeless people are mentally ill or abuse drugs and/or alcohol.

Only a small percentage of people experiencing homelessness are mentally ill or abuse drugs and/or alcohol. As we have discussed under previous myths, most people become homeless due to an economic, health, or relationship crisis.

Myth 10: Most homeless people live on the streets.

Surveys and research shows that most individuals and families experiencing homelessness do not, as many may think, live on the streets. In the 2010 New Jersey Point in Time Count of the Homeless, only 17% of the homeless respondents were unsheltered the night of the count.

Do you have a homeless myth that you would like for us to analyze? If yes, click here to send an email.

We encourage you to share your comments about the homeless myths on this page or on our Facebook page.