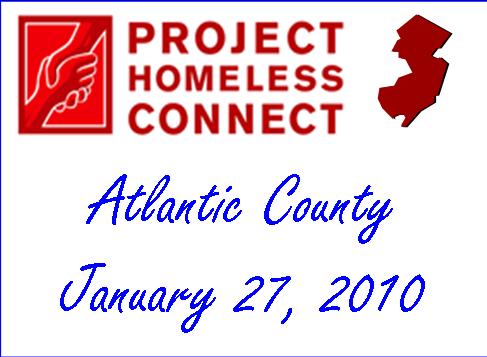 The weather was miserable across New Jersey, but volunteers across the state branched out into their neighborhoods Wednesday to count homeless people as part of a federal census.
In 2007, the last time every New Jersey county participated in the count, there were more than 17,000 people who met the government’s definition of homeless – not even counting the “nearly” homeless, such as those staying temporarily with friends or family.

The results of the count, along with those being conducted in the 49 other states this week, are forwarded to the U.S. Department of Housing and Urban Development.

Nationwide, about 124,000 homeless people were counted two years ago. Since then, the economy has only gotten worse.

At the Atlantic City Rescue Mission on Bacharach Boulevard, President Bill Southrey said the facility provided services for 11,000 individual people in 2008 – from the 3,265 people who ate and slept at the mission at some point to the services provided to those with homes, including “helping people keep their homes or apartments or something as simple as providing food so they can pay their electric bill or rent.”

On January 28, 2009, counties across the state of New Jersey will host Project Homeless Connect Events to connect homeless individuals and families within the community to much needed services. Atlantic County will host Project Homeless Connect at the Salvation Army in Atlantic City from 9am to 5pm. In an effort to increase participation in this year’s event, transportation will be provided to and from the Sister Jean’s Kitchen, one of the major feeding programs in Atlantic County, and the Atlantic City Rescue Mission.

Those attending the 2009 PHC event in Atlantic City will have the opportunity to access exciting services including mental health services, flu shots, health screenings, employment services and legal services. Participants will enjoy snacks and ‘meals to go’ as well as have a pick from clothing donations. The event will feature an hourly lottery drawing of gift certificates to local establishments as a way of encouraging participants to visit the various service providers in attendance.